Book one of the Forbidden Series is an action adventure story about four candidates from the different factions of Mastoperia who compete against one another to become the next leader of the Forbidden Warriors.

Buy Now
Scroll down to read the first chapter 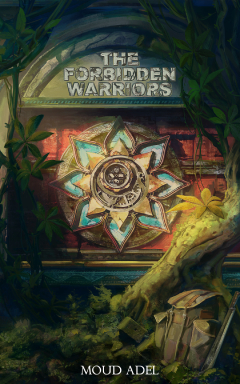 Four teams, multiple magic systems and mythical creatures, vast world, and there can only be one winner.

Mastoperia: A hidden continent with four factions divided and suspicious of each other, with a history of unresolved wars, each grounding themselves in their own unique culture, and magical power.

The Forbidden Warriors: The only force powerful enough to keep the factions from destroying one another. The secret to their power is a mystery, but the only way to hold on to it is by passing the power to a new generation every two and a half centuries.

As that time has arrived, each faction must offer a candidate to become the next generation of the Forbidden Warriors, but only one can be the leader. In a race for that leadership position, four candidates and their teams travel across a world mysterious to them, to hunt artifacts they know nothing about.

The mission is not easy, their goals are not aligned, and the truth is far bigger than they could have imagined. A challenge none were ready for.

Will they choose their own interests, their factions’ or defy all that they know for the sake of their world?

When I first saw the cover for this one, I wasn’t immediately sucked in. I think that the cover actually downplays the action and adventure that awaits in this story.

Toya on Good Reads
Explore the World of Mastoperia

Amarin wrapped his fingers around one of the hot, steel bars centering the massive gate. The corner of his eyes sparkled as he spoke in a quiet voice. “I still remember every emotion that rolled through me when I first arrived at this gate. It was two hundred and fifty years ago, yet I remember as if it was yesterday.” Amarin glanced up at the blistering sun. “I even remember how hot it was. How the sun vaporized my fluids, and my heart pumped hard as it tried to keep up with the blood racing through my veins. It was exciting.”

“I know… I could hardly breathe when my faction nominated me, of all people, to become a royal guard.” Takara sighed. “It was the greatest honor anyone could receive back then, and I was ecstatic. What a naïve girl I was!” She rubbed the back of her fingers against her beach-colored skin.

“It’s still honorable.” Amarin turned his head toward her.

Amarin looked into her eyes. “It doesn’t matter, anyway. Our time is almost over. Once the new candidates finish their task, they will replace us, and we will be free to spend the rest of our lives together in peace.”

“I hope it will be that easy. You know these things never go as planned.”

“You worry too much, sometimes.” Amarin playfully nudged her. “Plus, it wasn’t always bad.”

“No, you’re right.” Takara smiled and pulled the gate open before marching back to the palace. “At least I met you. So… Tell me about these new candidates. Who are they?”

“They are…” Amarin paused to remember their names. “Rondai of Kala, Evailen of Lunar, Kawan of Delphia, and Jihave of Averett.”

Takara halted mid-step and reached for Amarin’s arm. “I didn’t mean their names. Tell me something about them. How they are? Who they are? Anything juicy.” She wiggled her eyebrows with a wide grin.

“You always like to hear the gossip.” Amarin shook his head.

“Please.” Takara held both hands in front of her and faked an innocent smile.

“Fine.” Amarin nodded and started down the cobblestone path again. “Rondai is the oldest of the bunch. He is twenty-six Already a gate five master, and the Kalanian Council considered promoting him to their ranks before they chose to send him here instead.

“Evailen is a video game developer and a superb one at that. She is only twenty and—” He paused, his brown irises shifting to the side “—her only notable action was trying to expose the corruption of her enterprise. She showed no fear, and they couldn’t contain her. I assume this was why they nominated her.”

Takara reached for Amarin’s arm with wide eyes and stopped his forward motion once again. “They wanted to get rid of her?”

“Yes.” Amarin pulled Takara along the path as he gazed up at the highest tower of the palace centering the empty city. “The video game industry has strong lobbyists and a lot of influence in Lunar.”

“I see.” She lowered her gaze a moment before meeting Amarin’s again. “And the others?”

“Kawan is the shortest. He is twenty-three. His peers call him The Invisible because he is quiet and spends most of his time practicing his power, ignoring all social life. Three Delphian magazines listed him among the top one hundred most powerful future tellers.”

“Interesting.” Takara’s hazel eyes twinkled as she rubbed her hands together. “I want to see how powerful he truly is.”

Amarin chuckled. “Finally, we have Jihave. He is twenty-five and answers to no one.” Amarin turned his face away from her with his teeth clenched tight. “Jihave has collected the biggest number of Majestics anyone has ever seen at his age.”

“Even more than you?” Takara asked in a high voice.

“Apparently.” Amarin took a deep breath as he repainted the smile on his face. “But don’t forget that I left my faction over two centuries ago, and we still had to deal with the wounds of our wars.”

He nudged her forehead with his second finger. “Anyway, is that enough information for you?” He stared into her eyes.

“Yes, and soon, they will be here. Perhaps we can have some fun with these new candidates before they inherit our powers.” Takara covered her wide grin with her hand.

This is Book one in the Forbidden Series and you can start there without reading the prequel novella.

A warning; This series is written from an omniscient point of view that sees all and knows all, including the feelings of each character. For some readers, this is confusing – nothing is wrong with that, and only you know what you like. Read the first chapter and decide if the story was for you or not.

Simply amazing book. Action, adventure, mayhem, death and a few plot twists. It's an emotional ride from beginning to end, but one that I am so glad that I took

overall I enjoyed reading this book. The ending has a cliff hanger, leaving you anticipating the next installment! If you like fantasy, magical elements, dystopian fiction, and I'd even say Indiana Jones ... then, I think this might be your book.

Overall, it was a great first installment to this series and I am definitely invested reading all of them. The ending of this one was quite the cliffhanger so I need to know what happens next and will be waiting with anticipation for that next book to come out!

Other books in the series 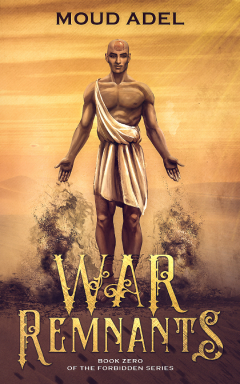 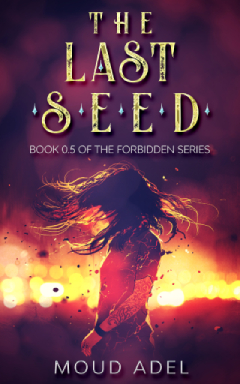 The third side novella and the fourth publication in the series. The book of Salinda unfolds the story of Cilia and Salvanra, and what happened to them inside their prison dimension 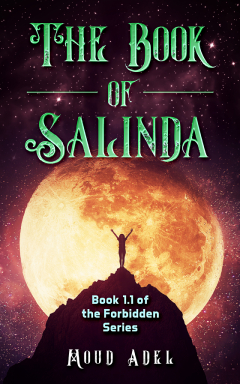 Join My Newsletter and never miss out on a book update